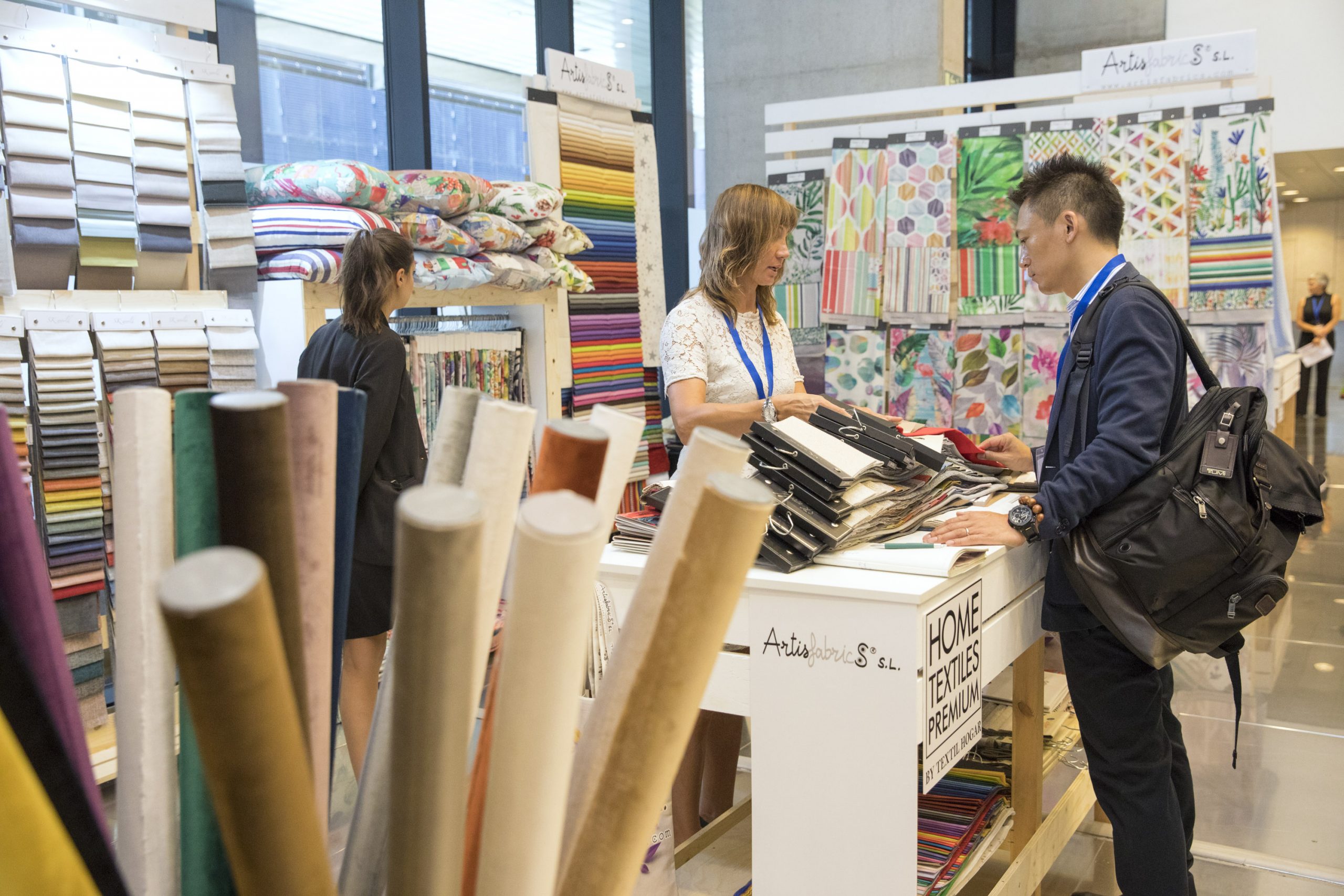 The Inbound Mission, which includes pre-arranged B2B meetings, will enable companies in the industry to access emerging markets and generate new business opportunities. The Mission has been coordinated by trade association ATEVAL – Home Textiles from Spain and is supported by IVACE Internacional and ICEX.

HTP by Textilhogar and the other two major trade fairs taking place at the same time at Feria Valencia, Feria Hábitat València and Espacio Cocina SICI, will between them be showcasing almost 1000 specialist suppliers of décor for interiors at Feria Valencia from 20th to 23rd September.

Home Textiles Premium by Textilhogar is putting the final touches to preparations for its upcoming edition, revealing a fierce commitment to driving the industry’s international business. Returning to Valencia from 20th to 23rd September for its 50th anniversary, the fair has already received confirmations of attendance from a great many buyers with significant power to specify and purchase, who will be coming to Valencia from 44 countries as part of the international guest buyer programme co-ordinated by trade association ATEVAL – Home Textiles from Spain. The initiative is supported by IVACE Internacional and ICEX.

As the director of ATEVAL’s International Development Division, Leila Bachetarzi, explains “This is a special edition and after two years of no fair, we have detected that there is more interest out there amongst buyers, who are very enthusiastic about coming to the event.  The prospects for business are good and we hope this will be an event that helps boost our companies’ international sales channels,” adding that “initiatives such as this Inbound Trade Mission with B2B meetings planned in over the four days of the fair, will help companies gain access to emerging markets and generate new business opportunities.”

Representatives of a number of the international media will also be attending the fair, meaning they will have the opportunity to see the specialist offering of home textiles, décor and upholstery at first hand. Thanks to an initiative co-ordinated by ATEVAL – Home Textiles from Spain, journalists from Bulgaria, Colombia, Estonia, Ireland, Italy, Lithuania, Luxemburg and Portugal have confirmed they will be attending.

As Bachetarzi points out, this all serves to demonstrate“that Home Textiles Premium has become firmly established as an international meeting point within the only European fair for home textiles that takes place in the second half of the year, and in Spain, and once again in Valencia, with buyers from the various business segments of the home textiles industry visiting, both traditional distribution channels and specifiers from the world’s contract sector”.

The organisers are now putting the final touches to the preparations for an edition that will be showcasing the offering of almost 250 brands represented by 82 exhibitors from Spain, Portugal, Colombia and Poland, who will be showing their new collections of textiles for the upcoming 2023-2024 season.

Home Textiles Premium by Textilhogar and the other two major trade fairs taking place at Feria Valencia at the same time – Feria Hábitat València and Espacio Cocina SICI – will between them be showing an impressive offering from almost a thousand companies and brands, with the exhibits completely filling eight halls, Feria Valencia’s two levels and almost 90,000m2 of gross exhibition space.

Home Textiles Premium by Textilhogar introduces new look for 2022. Elegant, delicate and, most of all, eco-friendly and sustainable

The finest textiles for the home, upholstery and decorating on show at Caja Mágica in Madrid